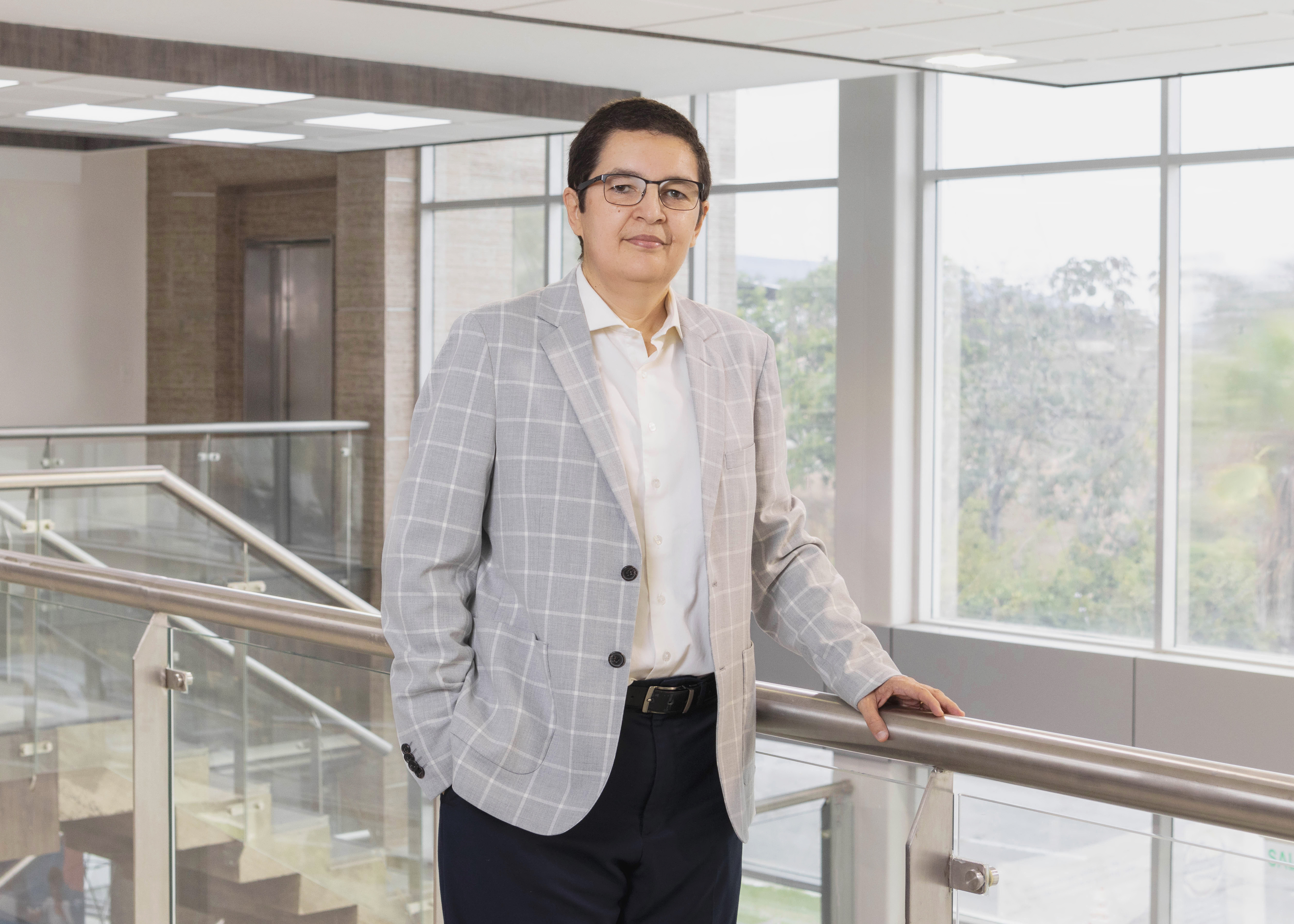 Carlos’ life has always been of service and care to other people. Since he was in high school, he didn’t hesitate to collaborate in charitable initiatives aimed at helping some of the most vulnerable and needy places of Guayaquil.

Since then, he had longed to be a polytechnic student, a wish that came true in 1984, the year that he was admitted to ESPOL.

Soon, he was oriented to study electronics, but when he read an advertisement at the School of Electrical Engineering as known as FIEC, he decided to be part of the first class of Computer Engineers at ESPOL.

As a polytechnic student, he usually shared his time between his studies, academic assistantships, high school teacher, and student politics, this last activity caused and channeled by his desire to serve his companions, seeking solutions to the problems they were facing at that time; and of course, going to the stadium to see his favorite team, Barcelona Sporting Club.

During his last years of studies, he had the opportunity to become one of the technical assistants at the ESPOL Computer Services Center. Thus, he became part of the ESPOL’s administrative staff.

Carlos graduated in 1990, and his graduation coincided with one of the most important historical changes for ESPOL. The Gustavo Galindo Campus was inaugurated at that time.
It was then; that the rector of the ESPOL at that time, Engineer Sergio Flores, gave Carlos the mission of providing the entire Campus with telephone services. Because of that assignment, he had the opportunity to work as an inspector of the BID-ESPOL II, under the supervision of Dr. Walter Valdano. On the other hand, he also had the opportunity to train in Ericsson-Sweden for the use and administration of the new Campus’ telephone central.

In addition, in 1991, he created and managed the ESPOL Voice and Data office.

In 1993 Carlos won the prestigious Fullbright-Laspau scholarship, which allowed him to pursue his Master’s Degree in Digital Communications at Purdue University in the United States. He graduated in 1995.

When he returned to Ecuador after his master’s degree, he became a professor of Computer Engineering career and the head of the Technical Department of the ESPOL Computer Service Center.
In 1998, he made one of the most important decisions of his life, to form a home with Pía Salvador, who is also a polytechnic and the main support of his life.

As Sub dean of FIEC (elected by popular vote), he created the concept of Academies, in order to offer professional certifications to students of FIEC in brands such as CISCO, Microsoft, Oracle, Linux, HP. Those certifications were later accredited as part of their studies. He also saw the necessity to boost IEEE at ESPOL, becoming an active member of the biggest professional organization. In addition, as Sub Dean, he was able to notice the low percentage of female students in his faculty, thus, he decided to promote the Academies and tried to develop the IEEE Women in Engineering group (WIE) at ESPOL. At that time, he suggested to ESPOL authorities that it would be a good idea to venture into research in areas related to robotics. Computer vision, telecommunications, and software engineering. Therefore, he participated with a proposal for the second phase of the VLIR-ESPOL Program, then he was selected as the director of one component of that program from 2003.

Aware that from that experience, he could serve the institution, even more, he decided to run again for another dignity, achieving in 2003 as Dean of FIEC. It is here where the vision and the design of the main building of this faculty started. Several laboratories were modernized and, in some cases twenty years ahead. Carlos saw the student welfare as a priority, so the bathrooms and classrooms were remodeled. Thanks to this, ESPOL made as an institutional policy to have classrooms like the ones used today in the institution.

At the end of his deanship, the Ecuadorian Corporation for the Development of Research and Academia (CEDIA) appointed him as its new Executive Director. Because of his administration, CEDIA's own network infrastructure began to be developed; linking the member universities through a double fiber optic ring and the creation of competitive funds for research projects was also approved.
In 2009, he traveled to Montreal-Canada with his wife to start his doctoral studies. Here he worked on a research project that sought to unite business processes and software engineering. His doctoral thesis received the highest recognition from the Government of Canada, receiving the Gold Medal from the General Governor of Canada.

In 2013, he rejoined as a professor at ESPOL. Carlos had the spirit of always developing something new that serves his community. That is why he created the first doctoral polytechnic program.

In 2017, he accepted the challenge of Cecilia Paredes to collaborate as Dean of Research at ESPOL. In his management, the institutional scientific production increased by about 60%, publications in quartile 1 by more than 183%, and they made a diagnosis to determine how they could improve the orientation of ESPOL research toward the social and productive needs of the country.

As a result of this diagnosis, the need to have a Vice Rectorate for Research, Development, and Innovation (R+D+i) in ESPOL, which defines institutional strategies and articulates the actions of research, technology transfer, outreach, innovation, and institution linkage. He accepted the challenge of creating this office, and since November 2022, he has been the first vice-rector of R+D+i of the institution.