The Escuela Superior Politécnica del Litoral, ESPOL, was born out of a regional need for scientific-technical higher education institutions. It was created by Executive Decree No. 1664 issued by the President of the Republic, Dr. Camilo Ponce Enriquez, on October 29, 1958.

On May 25, 1959, in two classrooms of the Casona Universitaria located on Chile Street, 51 students began classes under the direction of the first rector, Eng. Walter Camacho Navarro.

On May 29, 1959, ESPOL was officially inaugurated in the presence of the President of the Republic, Dr. Camilo Ponce Enríquez.

In 1969, the directors of the Politécnica del Litoral initiated the first conversations with officials of the Inter-American Development Bank, IDB, to obtain a loan to improve the physical and technological infrastructure of the campus. In 1972, the IDB/ESPOL I project was initiated.

On December 21, 1976, the institutional Administrative Council analyzed the situation of ESPOL and the needs of physical space, essential to develop all the functions of service to society. Thus, in February 1977, and in search of a larger space that would allow ESPOL to expand, the 690 hectares of land "La Prosperina" was found. At that time, the Ministry of Public Education was asked to approve the expropriation of the area.

In 1978, after a new negotiation process with the IDB, the IDB/Espol II loan was granted. In 1983, with the government of Oswaldo Hurtado, who was consistent with the commitment made by President Jaime Roldós Aguilera, the ESPOL project was included in his Government Plan as an expression of support for the Ecuadorian higher education system. Thus, the Prosperina campus of ESPOL became a reality.

From 1972 to 1982, the institutional development privileged:

The birth of ESPOL coincided with significant events in economics and science at the national and world level. The Casona de la Universidad de Guayaquil was the place where we began to teach. 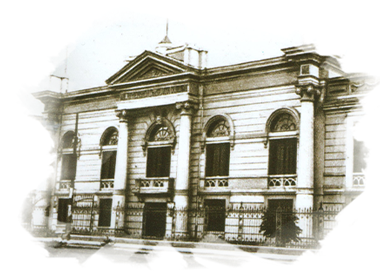 We began our academic activities. In the picture, authorities and students with Walter Camacho Navarro, Rector of ESPOL, during the initiation of the first semester of studies. 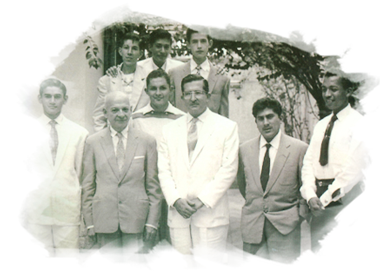 With the presence of the President of the Republic, José María Velasco Ibarra, we inaugurated the first Computer Center at ESPOL. The President was received by Rector Walter Valdano Raffo. 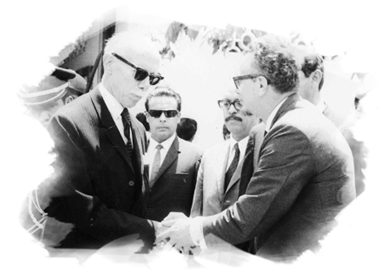 The improvement of the physical and technological infrastructure was financed with the IDB/ESPOL I project, which amounted to about 4 million dollars. The reconstruction of the buildings of the former Customs House, where ESPOL's facilities and workshops were located, began at the Las Peñas Campus. 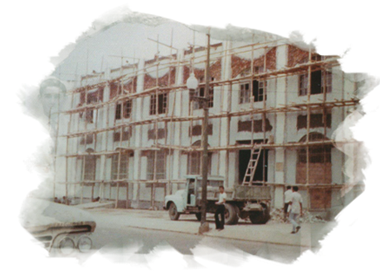 Our institutional effort was focused on executing the BID ESPOL II Development Plan, which allowed us to expand the Electrical Engineering careers, create graduate courses, improve the quality of teaching, promote and support research activities, as well as develop support programs aimed at the productive sector. In the photograph, Rector Walter Valdano during the presentation of the Prosperina Campus model. We formally inaugurated the National Center for Aquaculture and Marine Research, CENAIMESPOL, a fundamental pillar for the sustainability of the shrimp farming activity by becoming the only research center in Biotechnology of farmed shrimp and other aquaculture species in Ecuador. CENAIM's applied research solved the problem of "white spot" in the country. 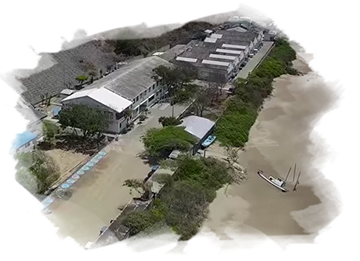 We inaugurated the Gustavo Galindo Velasco Polytechnic Campus in La Prosperina, a cozy study environment in contact with nature. This campus is the result of a development plan, supported by all governments since 1979 and financed by an IDB loan. In the photograph, the Rector's Building can be seen. The VLIR-ESPOL Program contributed significantly to the strengthening of research at ESPOL and to the training of 16 professionals with Ph.D. degrees, who developed doctoral programs in Flemish universities in Belgium. The project was extended in a second phase until 2008. 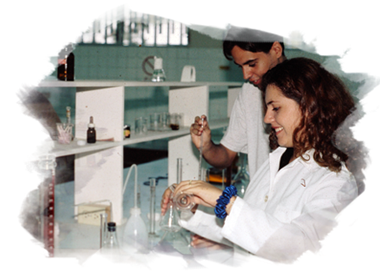 We obtained the Institutional Accreditation for Quality from CONEA, an achievement that included the process of self-evaluation and external evaluation where the functions of teaching, research, community outreach and administrative management were analyzed. 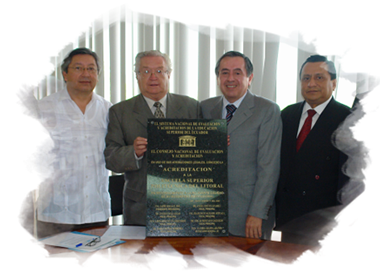 We were recognized by CONEA as a Category A university, according to the Performance Evaluation Report of Higher Education Institutions presented to the National Assembly. 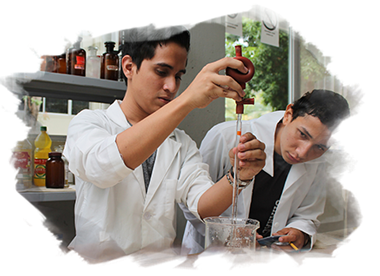 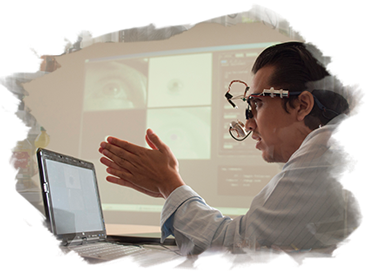 The first doctoral degrees in institutional history were created: PhD in Applied Computer Science and PhD in Applied Biosciences. The School of Life Sciences began its functions with three careers in force in the institution: Biology, Agricultural and Biological Engineering and Bachelor's Degree in Nutrition. ESPOL remained at the forefront of research and offers 9 research master's degrees accredited by the CES. 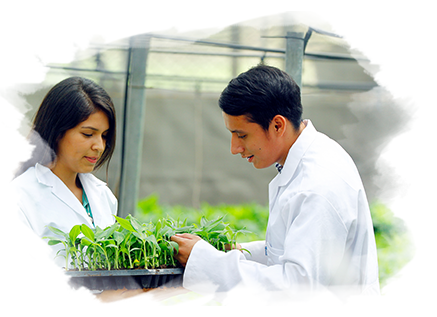 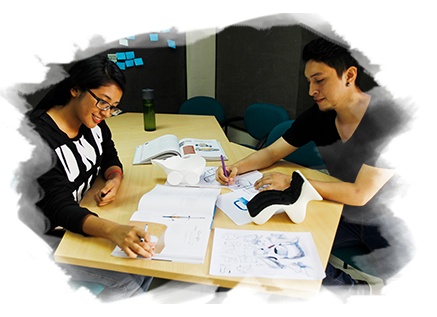 On April 18, 2018, the Sectoral Council of Production, of the Government of Ecuador, approved the ZEDE del Litoral, a Special Economic Development Zone that provides several incentives to attract local and foreign investment. In addition, this year, we ranked among the top 70 universities in Latin America, according to the QS Ranking. 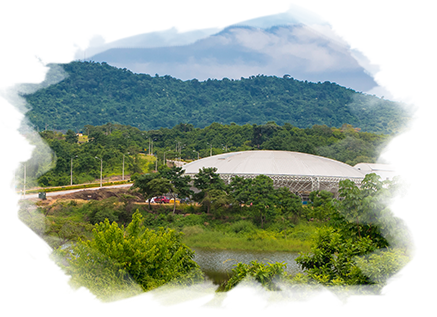 We entered for the first time the world university ranking of the British higher education evaluation company Quacquarelli Symonds, QS, becoming the first public university in Ecuador to obtain this achievement and placing us among the best 1,000 universities in the world. 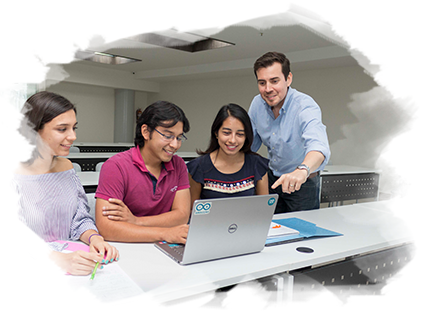 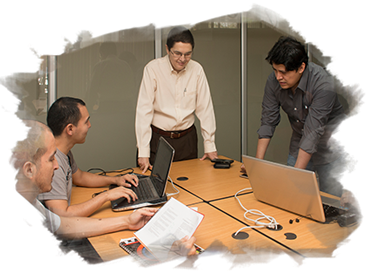 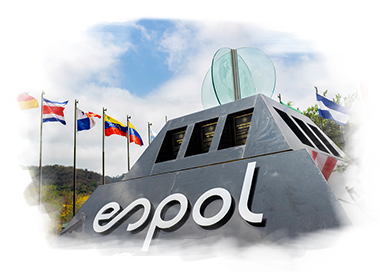 The QS Regional Rankings Latin America 2020, ratified us as the number 1 Public University in Ecuador and places us among the 64 best Higher Education Institutions in the region. 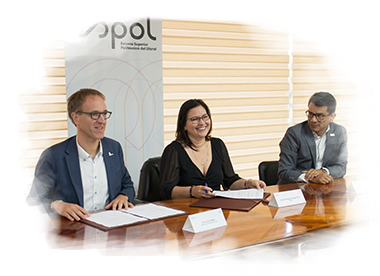 With our Master's Degree in Rural Development, we became the first Latin American higher education institution to be part of the International Master in Rural Development, IMRD, a European Union program managed and recognized by the Universities of Ghent (Belgium); Humboldt (Germany); Agrocampus Ouest (France); Nitra (Slovakia); Pisa (Italy), and Cordova (Spain); in addition to the Universities of Arkansas (USA); Seoul National University (Korea); and the University of Seoul (Korea). (USA); Seoul National (Korea); Can Tho (Vietnam); and Pretoria, South Africa. 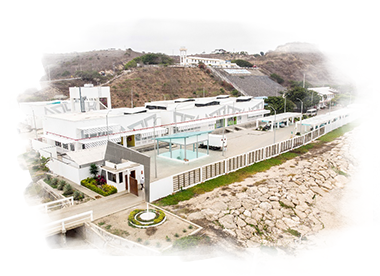 On its thirtieth anniversary, our National Center for Aquaculture and Marine Research (CENAIM) inaugurated new facilities at its headquarters located in San Pedro de Manglaralto, Santa Elena province, enhancing its capabilities for the sustainable development of aquaculture and marine biodiversity in the country. This year we added 13 careers accredited by ABET, the world's most prestigious accreditation agency. A process that began in 2012, with two engineering programs, and continues until all our careers are internationally accredited. Researchers from our Biotechnology Center (CIBE-ESPOL) discovered a new species of fungus with unique characteristics, which led them to propose the creation of a new fungal genus which they named Guayaquilia, in honor of the bicentennial of the city's independence.

Our Laboratory for Biomedical Research, Faculty of Life Sciences, designed and developed a prototype vaccine against COVID-19. Its preclinical testing phase is being conducted in collaboration with the National Institute for Public Health Research (INSPI) and the University of the Armed Forces (ESPE).